The impact of the Russia-Ukraine conflict on the eurozone

We believe there are three key mechanisms through which the conflict between Russia and the Ukraine could impact the eurozone economy:

Under our core scenario we anticipate higher inflation and slower growth, but if events escalate the impact could be more severe.

At this stage, we continue to believe the European Central Bank (ECB) will keep rates on hold through most of 2022, with the first rate-hike in December.

THE IMPACT FROM REDUCED TRADE SHOULD BE EXTREMELY LIMITED

Exports from the eurozone to Russia have been in long-term decline since the 2014 Russia annexation of Crimea. A sharp devaluation in the Ruble, sanctions and a slowdown in the Russian economy have generally suppressed demand for imported goods. As a result, exports from the eurozone to Russia have declined from a high of 2.7% of total eurozone merchandise exports in 2012, but this had declined to just 1.4% by 2021. Amongst the large eurozone countries, Germany is the most exposed; Spain on the other hand exports less than 1% of its GDP to Russia.

Figure 1: Germany is the most exposed to a decline in trade, with other major economies having little exposure1

Machinery and transport equipment (such as cars) are the main goods exported to Russia, followed by chemicals and manufactured goods such as clothes and footwear, and this pattern holds for all countries. Food only accounts for a small portion of eurozone exports to Russia; never recovering from a Russian embargo on the import of agri-food products which was put in place in 2014.

BUT THE IMPACT FROM ENERGY IS POTENTIALLY HUGE

Unfortunately, given soaring energy prices, the eurozone is heavily reliant on the import of both petroleum products and natural gas (see Figure 2). Although investment has been made in renewable energy, this remains a small part of the overall energy mix.

From an economy-wide perspective, petroleum-based energy is the most consumed, reflecting its use in the transport sector and virtually all of it is imported.

Gas is, by contrast, the primary energy source consumed in the industrial sector and by (non-transport) services and households. Gas also acts as the key marginal energy resource in electricity generation. Gas-fired power plants are flexible and the infrastructure in place (e.g., network interconnections, storage capacity and liquified natural gas terminals) allows gas to flow quickly to respond to fluctuations in electricity demand. More than 90% of the gas consumed is imported.

Figure 2: The eurozone is heavily reliant on imported energy1

Across the European Union (EU), Russia is a significant supplier of energy – accounting for over 40% of EU gas imports and over 20% of EU oil imports. This means that any disruption to the flow of gas or oil from Russia could have dramatic ramifications for energy prices in the EU and more widely across Europe.

Eurozone inflation has surged in recent months, reaching an unprecedented 5.8% year-on-year in February. Energy has been a key driver of this acceleration, accounting for around 300bp of the headline number, tracking significant increases in consumers' utility and fuels bills.

To examine the implications of the conflict over 2022 as a whole we examine two different scenarios below:

In both scenarios consumer price inflation is pushed higher than pre-conflict forecasts – ending the year at 5.3% year-on-year in scenario 1 and 7% in scenario 2. This doesn’t factor in rising food prices, so the risks to these forecasts are likely skewed to the upside. We would cut our growth forecasts in both scenarios, although accumulated household savings, estimated at €800bn, or 10% of annual disposable income, in Q3 2021 could be tapped by consumers to soften the impact. Under our core scenario, growth will soften to 3% in 2022.

Figure 6: Growth appears likely to slow and inflation accelerate, but to what extent?3

The ‘stagflationary’ impact of the surge in energy prices aggravates the European Central Bank’s (ECB) trade-off between inflation and growth risks and the central bank’s response is not immediately obvious. Building and persistent inflationary pressure should warrant a tightening of monetary policy, but at the same time, the dampening impact on consumption and investment should warrant more monetary accommodation. At this stage, neither risk appears enough to force the ECB to fully abort its plans to gradually normalise policy, and we maintain our forecast that interest rates will be raised by 25 basis points in December 2022.

We expect fiscal policy to continue to play a key role in the eurozone in the year ahead, and to partly mitigate the impact that higher energy prices will have on inflation and consumers’ disposable income. The General Escape Clause, under which EU fiscal rules are effectively suspended, remains in place until the end of 2022. As such, member states will be able to rapidly respond to the impact of the conflict by increasing deficits, e.g., furlough schemes/income replacement schemes for those sectors most directly affected and the implementation of new policies to shield economies from the burden of higher energy costs.

If events escalate significantly, there is also the potential for a joint fiscal response. The EU could revive the tools it used during the pandemic such as ‘SURE’ financial aid, providing additional resources from the EU budget and European Stability Mechanism credit lines to ensure that financing costs remain low, especially for the member states with the most fragile public finances. It will add further pressure to create a permanent fiscal stabilisation mechanism, deepening integration within the eurozone and potentially putting the differences between the North/South and East/West behind us. Putin’s invasion appears to be pushing the EU to centralise more rapidly than before in its history! 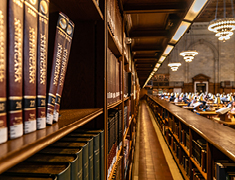 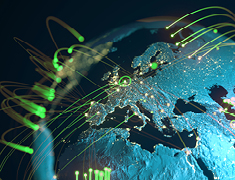 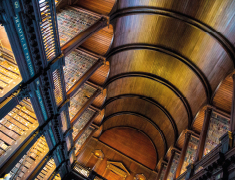 3Source: Insight. Uses ECB and European Commission sensitivity analysis to movement on oil prices as well as an estimate on the supply chain disruption/trade and sentiment.

The value of investments and any income from them will fluctuate and is not guaranteed (this may be partly due to exchange rate fluctuations). Investors may not get back the full amount invested. Past performance is not a guide to future performance.

This material may contain ‘forward looking’ information that is not purely historical in nature. Such information may include, among other things, projections and forecasts. There is no guarantee that any forecasts made will come to pass.

Please read important information about Insight's data collection policies HERE before sharing your personal information with us on email.