We use cookies to improve the overall performance of our website and give you a more personalised user experience. Some of these cookies are essential for the running of our website; others that are not strictly essential are used to provide us with analytics. Select cookie settings to exclude non-essential cookies.
Important notice: Please click here for our latest advice on the coronavirus outbreak.

An unprecedented decline in economic activity

We have quantified the impact of the COVID-19 outbreak, and the associated containment measures on the domestic Chinese economy, as a potential template for what we might see in other parts of the world. This helps to shape our view on whether the future for the global economy be V- or U-shaped?

The scale of the decline in Chinese monthly activity data is unprecedented, limiting the amount of historical evidence to go by (see Figure 1, Figure 2). Therefore, in order to assess the potential impact on Chinese growth, we have undertaken three different methods of analysis:

Of course, the numbers produced from each of these analyses carries a high degree of uncertainty, but can serve as a guide.

In summary: we expect a potentially very significant hit to near-term Chinese GDP.

Our analysis produces estimates ranging from -7.5% to -18% for Q1 GDP growth (year-on-year) in China.

Given the unprecedented falls in activity data, we are placing a slightly higher weight on both the bottom-up and resumption rate methods, relative to the top-down method. Therefore, we would suggest a potential -15% year-on-year decline in economic output in China for Q1 as a sensible midpoint estimate.

Dependent on the scale of the economic rebound in March, while this figure could turn out to be a slight overestimation, it may be a good indication of the scale of the potential peak-to-trough fall in GDP.

This is clearly a very significant near-term hit to GDP and gives us an early indication of what other economies may be looking at across Q1/Q2 given the spread of COVID-19 outside of China.

Some more detail on our approaches

This approach estimates the impact on individual sectors of the economy based on monthly/high-frequency activity data.

The table below segments China’s economy into economic sectors, with Insight’s estimates of how activity in these sectors has been adversely affected and, ultimately, the impact on Chinese Q1 GDP.

Our analysis makes no assumption for a rebound in March, and is therefore likely an over-estimate of the hit to growth.

The estimated impact on GDP by sector

Using this approach we apply an estimated resumption rate to the ‘normal’ economic growth profile.

Specifically, we have taken the following steps:

Unlike the bottom-up analysis, this approach makes no distinction between sectors, or fixed versus discretionary consumption/investment within the economy. It is most akin to a back-of-the-envelope calculation.

Our resumption rate analysis produces an estimated impact of -14.3% year-on-year on Q1 GDP.

Using this approach we determine implied GDP growth using several data series which have historically been best correlated to GDP.

By simply plotting the data series which have historically correlated best with real GDP growth in China, would indicate a Q1 GDP growth rate of -5% to -10% year-on-year (Figure 3, Figure 4).

However, with COVID-19 spreading rapidly around the globe, and many economies putting stringent measures in place to contain the pandemic, China is likely to face second-order effects on the economy. This may constrain growth in Q2, even if domestic activity bounces back reasonably strongly.

The outlook remains very uncertain at this point. We believe that the major risk to a deeper and more prolonged recession in China remains a second wave of cases on shore. Ultimately this could lead to an economic recovery profile that proves to be W-shaped, rather than either V- or U-shaped. 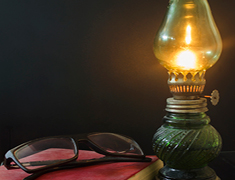 Global macro research: the future of oil in a world of energy transition

This material may contain ’forward looking’ information that is not purely historical in nature. Such information may include, among other things, projections and forecasts. There is no guarantee that any forecasts made will come to pass.

Past performance is not indicative of future results.

References to future returns are not promises or even estimates of actual returns a client portfolio may achieve. Assumptions, opinions and estimates are provided for illustrative purposes only. They should not be relied upon as recommendations to buy or sell securities. Forecasts of financial market trends that are based on current market conditions constitute our judgment and are subject to change without notice.

The information and opinions are derived from proprietary and non-proprietary sources deemed by Insight Investment to be reliable, are not necessarily all-inclusive and are not guaranteed as to accuracy. As such, no warranty of accuracy or reliability is given and no responsibility arising in any other way for errors and omissions (including responsibility to any person by reason of negligence) is accepted by Insight Investment, its officers, employees or agents. Reliance upon information in this material is at the sole discretion of the reader.