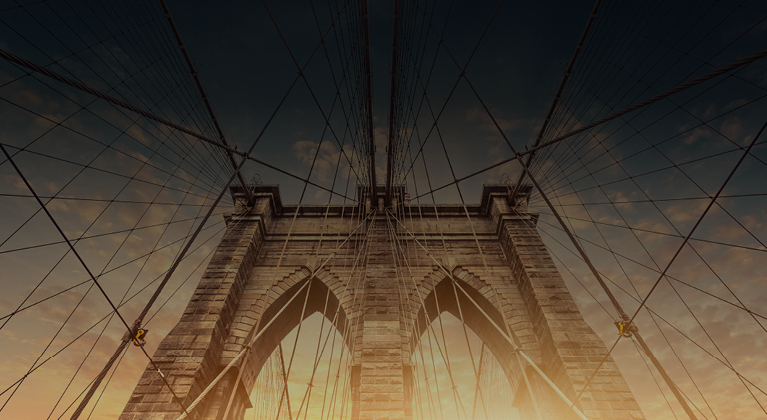 September 21, 2022 Structured credit
"The consumer is in trouble: student loans are stacked on credit card debt, healthcare insurance premiums, car payments and rental payments. Fiscal stimulus is over, rates are rising, and inflation is at 40-year highs." - Chairman of a well-known Wall Street Investment Bank

During our recent dinner with the Chairman of the bank, our ears pricked up when he revealed his consumer analytics dashboard is flashing bright red. His conclusion was clear: reduce consumer debt exposure. He is not alone in his concerns, based on questions we are increasingly receiving from our clients.

However, we believe these fears are overblown for structured credit investors:

Senior consumer ABS investors may have little to fear

Figure 1: Senior consumer ABS has historically seen low defaults even when consumer leverage has been high1

For investors with the capability and flexibility to consider non-US markets, consumer loan losses in Europe have come nowhere near to breaching investment grade credit enhancement levels (Figure 2).

Figure 3: The UK’s worst housing crisis only created 1/56th of the losses needed to inflict a capital loss on today’s AAA RMBS investors3

Additionally, in the Netherlands, the housing crisis of 1970s and early 1980s (where the housing market fell by over 40%) inflicted only 30bp of credit losses on Dutch Prime RMBS loan pools, lower than B-rated credit enhancement levels and many times below AAA levels (Figure 4).

The hypothetical scenarios required to inflict losses on many senior tranches imply credit crises so severe that it is hard to envision any financial institutions surviving.

In other words, the day senior consumer ABS investors start experiencing credit losses, they will have far worse problems to contend with.

The consumer may be under less stress than you think

With an impending recession a greater threat, investors are naturally concerned about the health of the consumer (which contributes ~70% to GDP).

Although caution is certainly warranted, consumer credit metrics are starting from a position of strength. The unemployment rate is at historic lows of ~3.5%, and wage growth at ~5% is historically high. Therefore, the Fed has some room to raise rates to ease wage pressures without causing widespread unemployment.

Following the burst of the debt bubble in 2008, consumers have kept their balance sheets in excellent shape, de-leveraging a record 13 straight years5. Many consumers locked in fixed rate debt at historically low rates during the pandemic, such as by refinancing or taking out new mortgages.

US consumers also stockpiled over ~$18trn of cash (~$70,000 per adult) during the pandemic which is almost the same as the amount of outstanding household debt (Figure 5).

This amounts to ~$3trn of excess cash versus the pre-pandemic trend, which we project will last into 2023, and may help consumers ride the current wave of record inflation, particularly if CPI begins to slow to the 4% to 5% range over the next year as we project.

Further, we estimate US consumers could take on up to ~$400bn of debt to help ride out the downturn and still be less levered than pre-pandemic.

For those able to look at structured credit internationally, similar themes are at play, given the global nature of the 2008 crisis and the pandemic. The main difference is the fiscal response was generally smaller outside the US. Europe is also particularly vulnerable to rising energy costs due to the war in Ukraine and accelerated carbon transition (relative to the US, Canada and Australia).

We currently favor the secured versus unsecured consumer market, preferring mortgage or auto collateral, especially in full recourse markets such as Europe, particularly in an uncertain macro environment.

In consumer ABS we believe investors should move up the capital structure and focus on issuers with strong credentials, as many have been tightening lending standards (some since 2021).

We also see value in short duration structured credit, where spreads have widened this year. For example, subprime auto AAA spreads have almost doubled, from cash plus 70bps to cash plus 120bps. Structural protection is typically above 30% at the AAA level. The deals are also structured to de-lever quickly, reducing the risk to investors over time.

Our favored sectors include top-tier subprime auto, prime unsecured consumer and private student loans, which offer particularly compelling spreads (Figure 6). We believe these borrowers will outperform in an inflationary environment.

We also see value in prime auto deals and selective opportunities in subprime auto. We would venture as far as AA/A tranches given initial credit enhancement and spreads in excess of 100bps over US Treasuries.

Further, we see particularly good value within short duration ABS, given the recent repricing in yields and relative safety and liquidity. At current levels we believe a portfolio can yield over 4% pa for a AAA/AA credit rating.

For investors able to invest outside the US, we prefer secured consumer lending in the current environment, given the threat of rising delinquencies and defaults in unsecured opportunities.

We are happy to invest across the capital structure within investment grade segments (ie down to BBB) but are avoiding high yield tranches.

Although consumer deals tend to trade at tighter spreads than non-consumer deals, we believe it is partly compensated by greater granularity and liquidity, which suit Insight as an active investment manager.

Consumer credit issuers are also increasingly looking to private markets for alternative sources of liquidity, given increasingly volatile capital markets. For example, whole loan purchased agreements, consumer pools, pass-through structures and non-public ABS structures offer investors targeted opportunities. Many investors sat on the sidelines earlier in the year, as an abundance of liquidity pushed the illiquidity premium down. However, the market dynamic has now shifted, with illiquidity premia of 50bps or more over public market alternatives now achievable in our experience. Investors can also benefit from greater loan level information in private deals, allowing for a more in-depth understanding of credit pools.

For years investors have been adding consumer debt as a diversifier against their corporate debt exposure, as well as to capture the main driver of GDP in most economies.

We believe investors should consider reallocating, rather than removing, their consumer exposure. We see particular value in secured consumer product, particularly mortgage or auto loan structures as long as the loans are originated by quality lenders on conservative terms and structured with substantial credit enhancement by issuers with skin in the game.