April 20, 2020 Global macro, Fixed income
Will the future for the global economy be V or U-shaped?

The human cost of the coronavirus (COVID-19) has been significant, and the evidence suggests it may worsen over the coming weeks and months. We hope that our stakeholders and their families stay safe through this difficult period. Details of Insight’s current mitigating actions and business continuity plan can be found here.

This note aims to set out a framework for how our active fixed income team is thinking about the impact of COVID-19 on economies and markets, including the impact of policy responses to it.

We believe there are two key questions:

Ultimately, the answers will signal the nature of the future path for the global economy: in simple terms, whether growth will head for a V or U-shaped curve.

The immediate impact of the virus: China as a lead indicator

The outbreak originated in China, escalated first in China, and China was first to take decisive measures to try and contain it. It is therefore worthwhile looking at what is happening in China as a potential lead indicator for how things may progress elsewhere.

Since China enacted serious lockdown measures, the rate of new cases has been significantly reduced, with a lag for incubation time. This has been successful to the extent that in less affected parts of the country they are now beginning to restart normal economic activity. So far, the low point in the equity market (the Shanghai Shenzhen CSI 300 Index) was about a week and a half after the lockdown began (see graphic).

Which sectors could be affected the most?

We are conducting analysis on the potential impact on Chinese GDP. We would expect output for some sectors to be permanently lost (e.g. consumer discretionary services such as cinema, restaurants or tourism), and others to take a potentially very large hit, but to ultimately rebound in a recovery (e.g. business investment). Some sectors may offset this to some extent (e.g. government spending, healthcare or IT and communications).

It appears reasonable to assume that most countries will fail to keep COVID-19 out. Countries are likely to roll out measures similar to those seen in China and elsewhere, such as in South Korea and Italy; or else people are likely to change their behavior of their own accord. We believe countries with governments that have a good track record of following scientific advice are more likely to be successful, whereas others may choose to initially prioritize economic impact.

We are cognizant that potential lockdowns, and hence peak economic impacts, will occur in different places at different times. For example, we expect further lockdowns in Europe in the short term.

The economic impact of the virus: will this lead to a V-shaped or U-shaped recovery?

At this stage, we believe it is reasonable to assume that most countries will experience at least one quarter of negative economic growth. Recessions – marked by two quarters of negative growth – are quite likely in many places.

However, we expect that COVID-19 would then be brought under some sort of control: either due to a substantial proportion of people having already caught it, control measures working and being safely unwound, or a widespread vaccine breakthrough.

Whether there is a longer-term impact on economies, and hence markets, depends in part on what happens to corporates: on whether there are large-scale bankruptcies, or if corporates generally follow through on cutting investment and also cutting their workforce, which would have longer-lasting impacts on consumption.

The outcome is likely to be influenced by economic policy action. Our expectations, based on previous research on different countries' scope for monetary or fiscal easing, are already being realized: for example, the Federal Reserve has cut rates aggressively and implemented other monetary easing measures, including restarting bond purchases. In Europe – although the European Central Bank (ECB) has moved further into extraordinary monetary policy – the focus is more clearly on fiscal policy.

In the short term, the key need is for liquidity to avoid unnecessary bankruptcies, and that is generally being provided.

Over the longer term (the next six to 24 months), as well as the lagged impact of monetary and fiscal policy, there is also likely to be an upwards economic impulse from the fall in oil prices, at least in those economies that are not significant fossil-fuel producers.

How quickly does recovery occur?

There is obviously severe dislocation in markets at the moment, and this could potentially last for an extended period of time depending on how quickly authorities move to mitigate the spread of COVID-19.

Many markets are already pricing in a significant recession. This may be correct, but there may be material opportunities available for those who can keep calm and wait for the right timing. 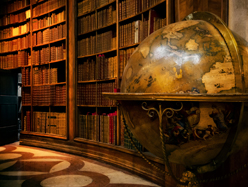 What could COVID-19 wipe off global GDP?
Read more

Quantifying the pandemic: what can Chinese GDP tell us?
Read more Global macro research: policy options in the next downturn
Read more
Back to top