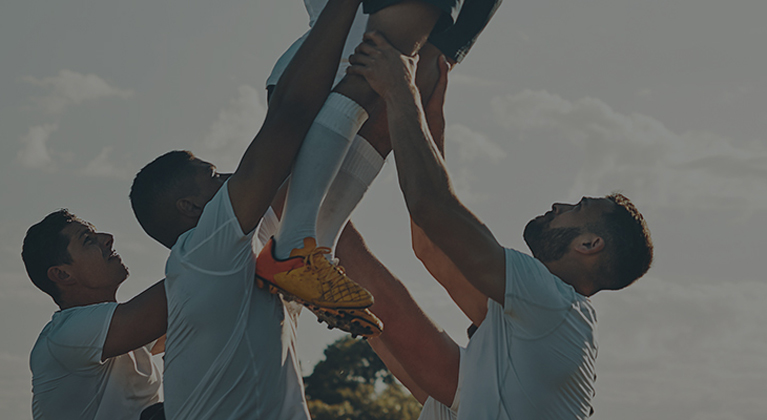 Seeking to understand and mitigate systemic risks and unnecessary costs within our clients’ investments and the wider financial system is directly relevant for most of our clients.

We support industry initiatives which are focused on reducing such risks and costs, collaborating with investors as necessary. We pledge to engage with regulators and policymakers to encourage market reforms that deliver greater security for investments and that reduce opacity or vulnerabilities in financial markets. We also support efforts to develop and implement policy measures to manage and mitigate systemic risks to society and to the environment.

Some of the issues on which we have engaged are outlined below.

As an asset manager, we believe our primary role with respect to climate change is to understand the financial risks and opportunities created by this unprecedented phenomenon and manage them in the best interests of our clients.

Full details of our efforts are available in our annual Climate Change Report, available here.

Our efforts to advocate on issues related to climate change include the following.

Bank capital rules can have indirect negative impacts that present risks to our clients and other stakeholders. Issues include leverage ratio rules not recognising high-quality liquid government bonds posted as variation margin for non-cleared OTC derivatives, which strongly incentivises banks to require pension schemes to post variation margin in cash instead of in government bonds; the standardised approach for counterparty credit risk (SA-CCR) results in calculating exposure to OTC derivatives that can be highly punitive for directional portfolios of pension schemes; and new credit valuation adjustment (CVA) and Basel III revision rules do not recognise the high creditworthiness of pension schemes.

We led an initial collaborative engagement with the European Commission on these issues, given how they could each undermine the prudent risk management of pension scheme portfolios or incur disproportionate costs for them.

New regulations are being proposed encouraging greater transparency on ESG issues, including but not limited to climate change-related factors.

In 2021, we responded to two proposals from the UK Financial Conduct Authority and US Securities and Exchange Commission focusing on different aspects of sustainability and ESG disclosures. We also initiated a collaborative initiative to drive progress on ESG disclosures in secured finance.

Insight has worked with other market participants to help create a set of best practice principles for dealing in the FX market, known as the FX Global Code. The FX market is global and lacks central regulation. Signatories to this voluntary code agree to adhere to principles of best practice. Insight now trades exclusively with signatories of the code when possible. This initiative has increased market transparency, fairness and robustness. We believe this will ultimately lead to a reduction in systematic risk and better outcomes for all our clients whose portfolios have foreign currency exposure.

The Pensions Regulator issues a code of practice to help trustees and employers comply with regulations on defined benefit (DB) pension scheme funding. In March 2020, TPR announced the first of two consultations on a revised code. The first consultation sets out the proposed regulatory approach, the key underlying principles, and how they might apply in practice. The revised code would have significant implications for pension schemes and their investment strategies, with consequences for their risk management (including LDI strategies).

Insight issued a detailed response to the consultation in 2020 submitted to TPR.

In our response we sought to draw particular attention to the following points:

We plan to engage on future proposals on the code.

Insight has played a very active role in the interest-rate benchmark reform process, which will have implications for financial markets worldwide as well as for our clients. In July 2017, Andrew Bailey, then Chief Executive of the FCA, made a speech in which he declared that the FCA had persuaded LIBOR panel banks to agree to continue LIBOR submissions until the end of 2021, after which it could not guarantee that the rate would continue to exist. Firms were advised to transition away from the rate.

As noted by the FCA and other authorities, this transition had to be managed very carefully in order to ensure that financial stability risk did not arise because of the widespread use of LIBOR across many instruments in the financial markets, both professional and retail. Furthermore, the nature of the transition could create winners and losers for existing holders of LIBOR-linked instruments.

Our active participation in this debate was to ensure that the buy-side, particularly our clients’ interests were fairly represented at each important stage through the process in order to minimise the chance of winners and losers being produced for not only our clients, but the market overall.

Our activities included participation in the following initiatives:

In addition, we have participated in various consultations, including the ISDA Benchmark Fallback Consultation, in which we recommended the ‘compounded setting in arrears rate’ for the adjusted risk-free rate and the ‘historical mean/median approach’ for spread adjustment. Both of these choices were chosen by the majority of respondents.

In September 2019, the Treasury published letters between the Chancellor of the Exchequer and the Chair of the UK Statistics Authority on proposed changes to RPI. These suggested the UK government was on a pathway to amend the underlying calculation of RPI to align the measure with the Consumer Prices Index including owner occupiers’ housing costs (CPIH), the main measure of UK inflation from March 2017.

If RPI was simply aligned with CPIH then, all else being equal, we believed pension scheme benefits received by millions of people would be reduced – and it could result in a transfer of wealth from index-linked gilt holders to the UK government of £90bn to £120bn. Pension schemes with CPI-linked benefits, hedged with index-linked gilts will be especially impacted by the proposed change.

Insight has driven the national conversation on proposed reforms to the UK’s Retail Prices Index (RPI) – reforms which could have negative implications for millions of pensioners. Our aim has been to draw attention to the potential impact of the proposed change and to ensure everyone has an opportunity to make their voices heard.

Our CEO, Abdallah Nauphal, led engagement on the issue. In March 2020 he wrote to the Chancellor and the Chair of the UK Statistics Authority urging that the consultation deadline, then set for 22 April 2020, be extended given the unprecedented backdrop caused by the COVID-19 pandemic. The deadline was subsequently pushed back to 21 August 2020. Our CEO also met with Stephen Timms MP, Chair of the Work and Pensions Committee, to discuss the issue. Other direct engagement by Insight specialists with leading policymakers and government bodies included the Treasury and the DMO. At an annual meeting at the Treasury to discuss matters relevant to gilts markets, we made clear our position on the negative implications of RPI reform for holders of index-linked gilts to attendees, including the Economic Secretary to the Treasury, John Glen MP.

On 25 November 2020, Her Majesty’s Treasury announced that the planned reforms would go ahead.

Insight, in conjunction with the Pension and Lifetime Savings Association (PLSA), held a roundtable event in September 2022 to allow a number of large UK pension funds and the PLSA to discuss the need to extend the UK pension fund clearing exemption, ideally permanently, with UK policymakers. Representatives attended the event from His Majesty’s Treasury, the Bank of England and the Financial Conduct Authority. The exemption for pension funds from clearing derivatives, included in the UK’s on-shored European Market Infrastructure Regulation (EMIR), is due to end in June 2023.

We support this exemption being extended and made permanent, alongside ensuring that relevant exemptions within bank capital rules (e.g., the credit valuation adjustment exemption) are also maintained. The EMIR clearing exemption for pension funds was provided because pension funds do not hold much cash, as they typically need to be close to fully invested in other assets to manage their financial solvency risk. Most UK pension funds hold large amounts of UK government bonds (gilts), which they typically use to collateralise their derivatives positions under non-cleared transactions. Forcing pension funds to clear, which would require them to use cash rather than gilts, would (i) increase the risk exposure and costs of pension funds, thereby negatively impacting the future retirement income of pensioners; and (ii) increase liquidity risks to the financial system more widely.

The UK Treasury opened a consultation on the topic in October 2020, and then Chancellor Rishi Sunak set out his approach to financial services regulation in November 2021 alongside a new consultation on specific proposals “for adapting the UK regulatory framework for financial services to ensure that it remains fit for the future, and to reflect our new position outside the EU".

We engaged on a number of issues with regard to post-Brexit UK financial regulations to represent our clients’ interests. The UK Treasury launched a consultation on the UK fund regime and called for evidence on UK securitisation regulation.

Insight identified the three most important areas to change as being: (i) the need to address VAT and asset-level taxation within UK-domiciled funds, (ii) the need to overhaul platform design and infrastructure, and (iii) the need to make the regulatory process and speed to market competitive relative to offshore regimes. Insight highlighted a number of points including possible efficiency, the benefits of EU and UK securitisation regulations staying aligned and ambiguity around the scope of the regulation’s requirements.

Alongside EMIR (see above), we are engaging on a wide range of industry issues relating to regulation from Europe, each of which could have significant implications for markets and our clients, potentially introducing risks or affecting how investments are managed.

The introduction and implementation of central clearing for derivatives under the European Market Infrastructure Regulation (EMIR) has significant implications, particularly for pension schemes in the UK and Europe.

A significant implication of central clearing would be the need for pension schemes to provide cash to collateralise cleared derivatives. European pension schemes have been granted a temporary exemption from clearing for some years, but regulators and policymakers continue to explore solutions to resolve these issues. Included in this discussion has been the role that repo markets should play, and whether they can always be relied upon in stressed conditions.

We advocated for the original exemption for pension scheme arrangements from clearing, to prevent market dislocations and ensure the needs of pension schemes are met and have continued to participate in the European Commission’s pension fund stakeholder group meeting. Insight proactively highlighted that the EU pension fund exemption must be extended before the exemption expired in June 2021. The European Commission adopted a fast-track approach to ensure this took place.